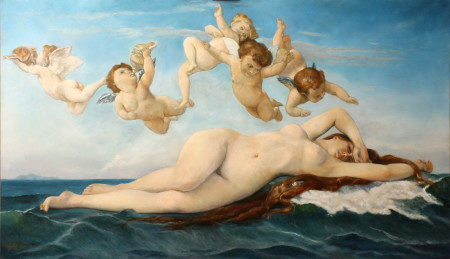 Art is a diverse range of (the products of) human activities involving the conscious use of creative imagination to express technical proficiency, beauty, emotional power, or conceptual ideas.

There is no generally agreed definition of what constitutes art, and ideas have changed over time. The three classical branches of visual art are painting, sculpture, and architecture. Theater, dance, and other performing arts, as well as literature, music, film and other media such as interactive media, are included in a broader definition of the arts. Until the 17th century, art referred to any skill or mastery and was not differentiated from crafts or sciences. In modern usage after the 17th century, where aesthetic considerations are paramount, the fine arts are separated and distinguished from acquired skills in general, such as the decorative or applied arts. (Source Wikipedia)

One of the other definition is “Art is”.

It is interesting for me that there are no strict definition of art, there are many definitions, but sometimes it reminds of a René Descartes or his best known philosophical statement is “cogito, ergo sum” (“I think, therefore I am”; French: Je pense, donc je suis). Where he has the idea to prove his existence and ended with “I think…”

I create so I am an artist, or are anyone that creates is an artist or are they? Art or creation is in the core of this world and if you try to look or start to looking, you could recognize art all around you in the nature in the cities, just everywhere. “I think, therefore I am” or if Descartes was an artist or really close to creation and creative processes, he could make a following statement “I create, therefore I am”